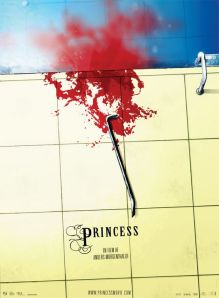 Synopsis (possible spoiler): Due to his sister’s death, the 32 year old August returns and consequently abandons his profession as a missionary priest. His beloved sister Christina, who went from greatness to decay as the famous porn-star The Princess, is dead after years of drug abuse. She leaves behind her 5-year old daughter Mia, whom August feels obliged to take care of. Weighed down by grief and guilt he decides to revenge the dead of Christina – and takes Mia on a mission to destroy all existing pornographic material featuring The Princess. The mission escalates into a brutal and violent rout, where August is desperately trying to protect the only precious thing in his life, Mia, why he is forced to make a fatal decision. Written by Martin Stoltenborg Christensen

Excellent animation, nominated for an Academy Award in 2003. German with english subtitles – worth a viewing!

Recommendations of movies you might have missed (never heard of)